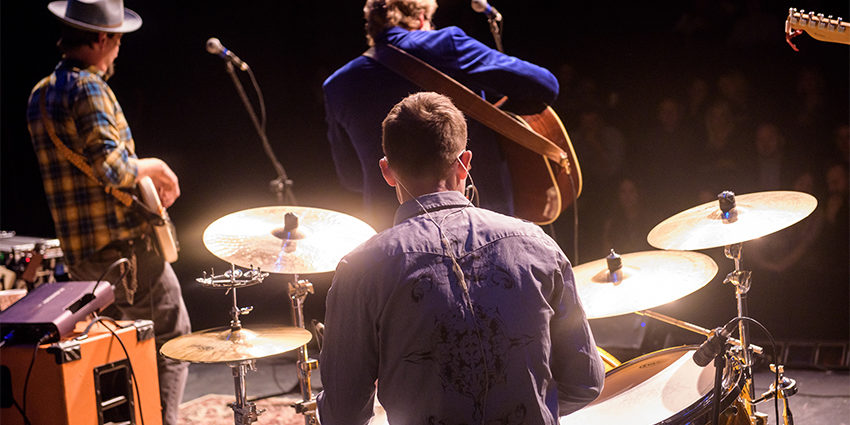 It is quickly becoming clear that “rocking out” to raise awareness and research funds for neurofibromatosis actually works. And it’s a whole lot of fun!

NF North Central’s second annual concert fundraiser brought in more than $55,000 this past November. Rock Out to Knock Out NF 2.0 was held again at the historic Rochester Civic Theatre in downtown Rochester, Minnesota, and featured the roots rock stylings of Minnesota’s own, Six Mile Grove. The event attracted attendees from 2016’s inaugural year, as well as new donors, new NF families traveling from Wisconsin, Iowa, and Illinois, and — of course — lovers of great music and a very worthy cause. 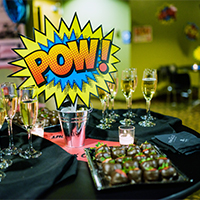 The event began with a live jazz happy hour where guests enjoyed a heavy hors d’oeuvres spread along with wine, beer, and cocktails. Members of the NF community, its supporters, volunteers, researchers, and medical professionals alike struck up conversations and shared knowledge, stories, and ideas together throughout the evening.

NFNC co-founders Gregg and Becky Erickson again emceed the event and were thrilled to introduce two special guests to explain the cutting-edge NF research underway at the University of Wisconsin-Madison. Charles Konsitzke, Associate Director of the Biotechnology Center at UW-Madison, delivered a heartfelt, personal testimony of his family’s journey with NF. Dr. Dhanansayan Shanmuganayagam, Lead Investigator for the NF Swine Project at UW-Madison, presented a 30,000-foot view of NF and explained how swine models are helping researchers find answers and identify treatments for NF in human beings.

After the presentation, Six Mile Grove took the stage. What many don’t know is that the band’s front man, Brandon Sampson, had his own health struggles to overcome at an early age. When he was 7 years old, Sampson sustained a serious injury and nearly lost his hand while helping his dad on the family farm. His doctor recommended guitar playing for rehabilitation — and Minnesota is very happy he did. Today, Sampson owns and manages Limb Lab, a patient-centered, custom prosthetic and orthotic company providing solutions for people suffering from limb loss and injury. 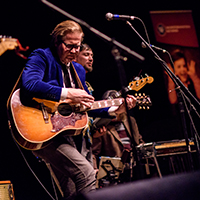 Six Mile Grove played their hearts out, strummed their fingers to the bone, and even broke a guitar string while “shredding it” during a song in their second set. The Rock Out audience was on their feet early on and, when it became obvious they weren’t going to sit down, the band did something they’d never done before: $100 for the chance to get up on stage and sing with Six Mile Grove. Donations began pouring in, requests were shouted above the crowd, and audience members stepped into the spotlight, one by one, to “rock out” with the band.

Playing an hour overtime, Six Mile Grove left it all on stage at the end of the night. And they can’t wait to do it again at Rock Out 3.0. (They plan to bring a few extra guitar strings next time around.)