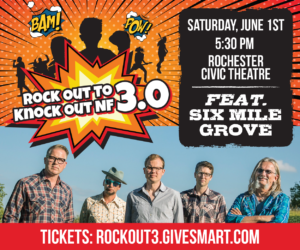 NF North Central Board of Directors 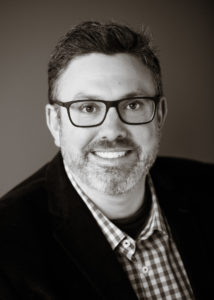 Gregg Erickson is the Executive Director of Neurofibromatosis North Central (NFNC), a member organization of the NF Network, which serves the NF communities in MN, WI, ND, SD, MT and WY.  The father of three, Gregg lives in Rochester, MN where he coaches his kids’ sports teams and aspires, one day, to fully understand what motivates his tween daughters.  Gregg serves on the NF Network Board of Directors & its Leadership Council, the REiNS International Collaboration Council of Directors, and is a Patient Advocacy Representative for two REiNS working groups. He has also served as a Consumer Reviewer for the U.S. Army’s NF Research Program Peer Review Panel under the Congressionally-Directed Medical Research Program.

Gregg and his wife, Becky, first heard the word “Neurofibromatosis” when their son was diagnosed with NF1 as a baby.  They reached out to the NF Network, received unbelievable support and, since then, have set out on a journey to educate themselves on everything NF.  In 2016, Gregg established NF North Central, a foundation dedicated to raising awareness and funds for Neurofibromatosis-specific research initiatives.  NF North Central strives to provide NF patients and their caregivers with absolutely every resource and means of medical care possible.

Gregg & Becky found a second family in the NF Network and are working now to pay it forward.  Servants of the greater NF Community, they are focused on forging dynamic collaboration among clinicians, patient advocacy groups & medical researchers to speed the discovery of answers for Neurofibromatosis.

In addition to serving on the Board of Directors for NF North Central (an NF Network member organization), Ryan Geier is currently the President of the Neurofibromatosis Network. Ryan and his wife, Lindsay, have two children and currently live in the Madison, WI area. Ryan spends most of his time attending his children’s swim meets, dance recitals, and cross-country races. When Ryan met Gregg Erickson (Executive Director of NF North Central) in 2016, he knew right away he wanted to help him advance the mission of NFNC.

Ryan first learned about Neurofibromatosis when his daughter was diagnosed at 18 months old. Initially, Ryan struggled to understand the diagnosis and found it difficult to talk about with friends and family. It wasn’t until he connected with the NF Network that he found a way to come to terms with a life that now included NF. In 2012, Ryan attended a local walk and was overwhelmed—not only by the outside support his family received—but, also, by the connection he felt to other families affected by NF. Since then, Ryan has been an active member of the NF community, advocating for NF research in Washington, D.C., as well as helping to facilitate cutting-edge NF research at the University of Wisconsin-Madison.

A life free from NF is the only outcome acceptable to Ryan. He and Lindsay (a pediatrician) host an annual fundraising event every August named for their daughter, Lauren. The sole purpose of this event—Links for Lauren—is to raise funds for the research that will hasten clinical trials and move us ever closer to a cure for Neurofibromatosis.

Greg Naylor is a Certified Financial Planner™ (CFP) and President of Naylor Asset Management based in Minneapolis, Minnesota. He began his career with a large financial services company headquartered in Minneapolis and has over 12 years of experience in the financial services industry. Greg is passionate about teaching people how to make sound investment decisions based on their personal financial situations. This passion led him to launch his own wealth
management firm in 2014.

Greg grew up in the upper peninsula of Michigan and is the oldest of six siblings. He studied religion at Carleton College in Northfield, MN early in his education but shifted to economics where he graduated with a Bachelor’s Degree in Economics from the University of Minnesota.

Greg and his wife Kat live with their three young boys in south Minneapolis. Greg is active in his faith community and tries to visit the YMCA as often as possible. In his free time he spends his time exploring his backyard, his community, and beyond with Kat and his three boys.